"We’re proud to be part of the global effort to tackle climate change and create a cleaner, greener future for us all" 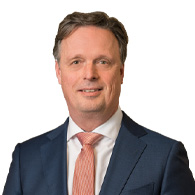 We ask Otto de Bont about the urgency of acting on climate change and how, by enabling the circular economy, Renewi can help to tackle the crisis

What, in your view, are the waste industry’s most pressing environmental responsibilities today?

Today, our responsibility is to recycle and collect waste in the greenest way possible, which means recycling 64.7% of waste and minimising the release of CO2 emissions in collection and recycling processes.

Tomorrow, we need to go beyond this. We need to work with municipalities and commercial customers to ensure that all waste is sorted and segregated at source, which will enable higher levels of recycling.

We also need to partner with more companies to help them reduce their waste streams and meet regulatory requirements, such as the Netherlands’ Government-wide Programme for a Circular Economy, which includes operational goals for Dutch companies to reduce residual waste streams by 50% by 2022 – although in other markets the timelines vary. The waste industry has a very real responsibility to prevent waste where possible, and to come up with innovative solutions to efficiently collect waste and transform it into secondary raw materials. This is a crucial step in building a circular economy, and here at Renewi we’re proud to be playing our part in enabling it.

By recycling, the industry plays an active role in reducing global carbon emissions, as emissions released in the production of primary raw materials can be minimised by using secondary raw materials. In addition, when organic waste material is transitioned into gas by digestion, a biofuel with no additional CO2 footprint is produced, which can be used as a replacement for fossil fuels. This also avoids landfill, and the release of so-called diffuse carbon emissions from landfill sites.

Why do you think there is now such a sense of urgency in environmental issues?

The climate crisis is facing us now, and now is the time to act. In 2015 the European Commission launched the Circular Economy Action Plan, part of the European Green Deal, with a target to see the first real change delivered by 2022. This includes making sustainable products the norm in the European Union, and applicable to the widest possible range of products. It will look to introduce regulations to reduce carbon and environmental footprints, including: increasing the recycled content in products; enabling high-quality recycling; and restricting single-use products. The primary focus is on sectors that use most resources and where there’s plenty of potential for circularity, such as electronics, batteries and vehicles, packaging, textiles, construction, food and plastics. And all of this by 2022 – that’s not far away!

Why is the circular economy so important?

The principle behind circularity is to keep resources in use for as long as possible and extract the maximum value from them while in use, then recover and regenerate products and materials at the end of life. Why? Because the demand for raw materials is growing by the day. Today we need 34 times more raw materials to house, feed, clothe and entertain the world’s population than we did in the 20th century. That is obviously not sustainable. It’s for this reason that the circular economy, by keeping resources in use, is central to tackling the climate crisis and is behind everything we do. It’s why one of the three pillars of our new sustainability strategy is ‘enable the circular economy’.

There are a handful of European countries leading the charge, and the Netherlands and Belgium, where our core business operations are, is among those. By 2022, for example, the Netherlands will require companies and organisations to cut their residual waste in half. This includes paper, cardboard, PMD waste (plastic bottles, metal packaging and drink cartons), glass and leftover food. By 2030, companies will be required to have cut their use of primary raw materials (mineral, fossil fuels and metals) by 50%. And by 2050, the Netherlands is committed to achieving 100% circularity by using fewer raw materials through smart design, longer-lasting products that are consciously used for longer periods and 100% recycling of waste.

To help realise these circular ambitions, the Dutch Government is making sweeping regulatory changes. During the last financial year (early in 2020), a foreign waste import tax was introduced to cut the volume of imported foreign waste coming in for incineration. During the next financial year, we expect the introduction of a CO2 tax, targeted at industry and waste incineration, which should halve CO2 emissions.

If there was one thing in the world you could do to support climate change, what would it be?

Sir David Attenborough (pictured) was interviewed on British television in April 2020 and was asked a similar question. My answer is the same as his: “Stop waste. Stop waste of any kind. Stop wasting power, stop wasting food, stop wasting plastic.” We have created a wasteful society and we urgently need to reverse that. Steps are being taken, but not fast enough. Since Renewi began, our slogan has been ‘waste no more’, and that is an aim we have followed ever since. 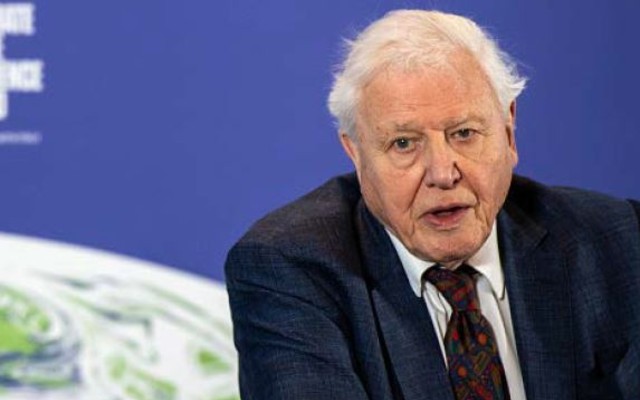 What kind of innovation is Renewi using for the recycling of waste?

We’re constantly working with tech providers, start-ups and universities to push technological innovation in recycling. Take nappy recycling, for example. It’s estimated that across the European Union, more than 30 billion nappies are used each year. That amounts to around seven million tonnes of nappy waste going to landfill and incineration. In the Netherlands alone, 400,000 tonnes of them are sent to incineration every year. We’ve therefore entered into a partnership to explore ways to recycle disposable nappies and incontinence pads by separating out their plastic, cellulose and super-absorbent polymers for use in new products, giving new life to these materials. Typical products include adhesives, waste bins, clothes pegs and bottle caps for cleaning products. Renewi plans to construct recycling plants in the Netherlands for this operation, and the first one is set to open in 2022. We expect 35,000 tonnes of nappies and pads a year to be recycled from this first plant.

According to the World Economic Forum, waste from electrical devices is the world’s fastest-growing source of waste, with around 50 million tonnes produced each year. To help enable a circular economy, we’re transforming this waste into secondary raw materials for re-use. That’s why our Coolrec business collects fridges from across Europe, dismantles them and separates the materials into different polymers, which are then converted into high-quality regranulate for use in the creation of new products.

So through our partnerships and recycling processes, we bring life to materials that would otherwise have been discarded, either ending up in landfill or being incinerated. We’re proud to be part of the global effort to tackle climate change and create a cleaner, greener future for us all.