“Let’s hurry up and beat this crisis” 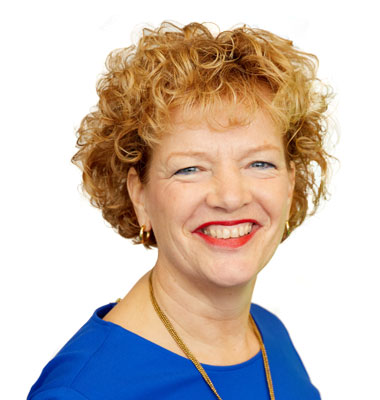 Maria van der Heijden heads up MVO Nederland, an organisation that supports businesses and entrepreneurs across Europe to drive the circular economy and lobbies government to progress circularity and sustainability.

Renewi talks to sustainability campaigner Maria van der Heijden about saving the planet with circularity and the need for speed to tackle the climate change emergency.


What influenced you to campaign to protect the environment?

The influence of humans on the earth. All the kinds of things that seven billion people can do: extracting an enormous amount of raw material from the earth, polluting water, polluting the air – the behaviour that has had such an impact on the environment that we now have climate disruption, a climate crisis.

Do you think governments are addressing the concerns of citizens about climate change?

I think there are two issues here. First, politics is often for the short term, elections fairly frequently change who is in office, and then governments are not in charge forever. But climate change and climate disruption need a long-term focus and long-term solution. The other issue is that often, change can be slow for governments to enact. And we need to act quickly, as the climate crisis is on us now, there is a clear question of urgency, and we don’t have much time to make changes to safeguard our future. However, it is interesting that during the Covid-19 crisis, governments have moved quickly, they have shown courage to make rapid decisions. In fact, the outbreak has shown that we can quite quickly change our behaviour. I would ask that governments apply that same sense of urgency to climate change, take the same level of control, as they have done with Covid-19. We can then make real progress.

What laws would you introduce to better protect the planet?

The first priority is to change tax legislation. We have a tax system that is very much based on taxation of labour and not at all on taxation of raw materials and pollution, so you would have to introduce much more of the taxation on extraction of, and use of, raw materials and pollution, so you make consideration of our impact on the climate visible in the tax system. This would result in people and business making different and better choices. Legislation must not be for the short term, as a result of purely political decisions, the decisions that go with elections and relatively short terms of power. We need laws that go beyond the life of particular governments, we need laws that are there for the generations to come. That’s why we as an organisation often frame what we do and think, when considering an issue, in the terms of: “Don’t saddle your children, your grandchildren, with this mess.”

How critical is the circular economy in combating climate change?

It is hugely crucial. Environmental agreements can sometimes be too much about ‘tonne-hunting’, about limiting how many tonnes of CO2 emissions are permitted, for example. Yes, that’s extremely important and relevant, but circularity and circular processes are absolutely vital, because with them we create a different economy, we can more permanently change the way we conduct industry and the economy, the way we interact with the earth’s resources, all for the better. So primary raw materials become more expensive than secondary raw materials, and the moment you re-use something, it’s cheaper. Quite literally, the circular economy makes economic sense.


“Circularity and circular processes are vital, because with them we create a different economy and we change the way we conduct industry”

Do you think it’s important for investors to fund companies that are sustainable? 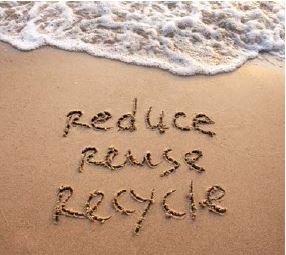 But it’s also important because money steers: as an organisation, we very much have our lobbying agenda on legislation, regulations and government, but we also have our lobbying agenda towards banks, pension funds and investors, because they have an enormous impact on that economy. There is a lot of money in our pension funds, let’s at least use that money well. Let’s all use money for the right reasons, let’s invest in our future as well as for the future.

What role can waste management and recycling companies play in enabling the circular economy?

A vital one. To start with, we get the most circularity from that sector, waste and recycling. And also because companies like Renewi look at circularity in everything they do. They ask the right questions: “How can we re-use this discarded product, this waste? How can something be designed or made differently so it is circular?” They have also developed an incredible amount of knowledge and expertise that can be shared with other sectors, so partnerships can develop the circular economy. But these companies can also use the expertise they’ve gathered to influence thinking. They should always be asking themselves

What are the challenges for companies?

Transparency is one. For example, in the supply chain companies have to ask themselves: “What does our supply chain look like? Who are we getting our raw materials from? What exactly is happening in that chain – is it good for the environment?”

How can governments and businesses improve sustainability levels and advance the circular economy?

I think it’s very important governments declare that they’re 100 per cent buying into circularity, and that circularity is their aim. Businesses will respond when they know this. Governments can stimulate circular thinking in business, and support companies working on circular innovation with subsidies and project co-investments.

What’s your personal vision of a greener future for the planet?

I have a kind of motto about shaping the future, because with the climate crisis we don’t have much time to change for the better, to achieve sustainability. So I say: “Let’s hurry up, hurry is good.” The problem of climate change belongs to all of us, my vision for the future is: “We are all in this together, so we have to change things together.”