Delivering on the Paris Climate Agreement

We spoke to climate change campaigner, film-maker and polar traveller Bernice Notenboom about her work to keep the world to its promise to limit the average global temperature rise to within 2°C above pre-industrial levels. 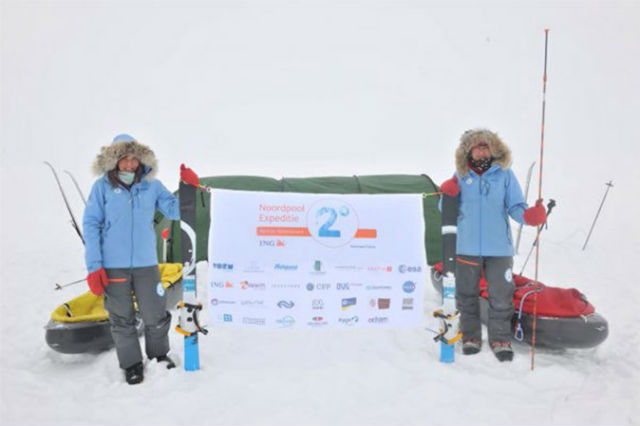 In 2017, representatives from Renewi joined climate change campaigner Bernice Notenboom and several other companies on an expedition to the Arctic Circle to witness the effects of global warming.

The expedition was organised by 2Degrees, a campaign group set up and led by Bernice to hold governments and organisations accountable to the 2015 Paris Climate Agreement. The agreement aims to keep the increase in global average temperature to below 2°C above pre-industrial levels. As part of its work, 2Degrees has hosted two Arctic expeditions for senior executives in the hope of encouraging them to take action within their own companies to tackle climate change. 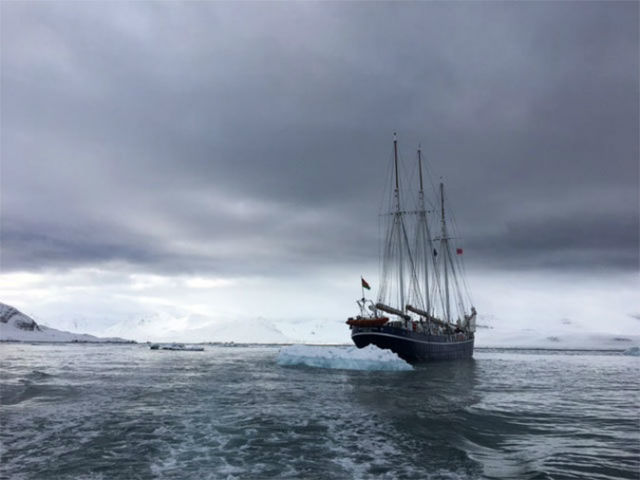 During the 2017 expedition, Renewi held a workshop on the circular economy. Since then, having seen the effects of climate change firsthand, sustainability has become an even greater priority for Renewi. We have implemented a number of initiatives, including setting stretching sustainability targets and investing in a greener truck fleet, to contribute to a more sustainable future.

Here, Bernice shares her thoughts on the challenge ahead and what we need to do to tackle it.

Q: How would you sum up what is happening to our environment?

I've been doing Arctic expeditions for a very long time. Last year was exactly 10 years since my first North Pole expedition. In those 10 years, I've seen things change a lot. Different atmospheric systems are happening, the oceans are warmer, ice is forming much later. We really need to pay attention to what's happening in the Arctic because here a temperature change is directly visible and it's 10 times worse up there than anywhere else.

What is happening in the Arctic has direct implications for all of us because the Arctic is our air conditioning for the world. Ice regulates temperature everywhere; without it, our planet will warm. Right now we have a nice, comfortable average global temperature of about 16.5°C. Without any ice we'll see a spike.

Q: What should consumers, companies and governments start to do to tackle this?

Start is a good word. There is a lot of discussion and planning, but to stay under two degrees of global temperature rise above pre-industrial levels, we need to start implementing measures to make that transition now. We're not doing that. We have an economic comeback. Companies are making more profit because people have more spending money. We see growth in travel, more traffic jams, more car sales. We are still spending in ways that are not good for our climate.

Companies always look at the return on investment. The new business model should really be about values and not necessarily about money. Is this return good for the Earth, or is this good for the sustainable growth of my company, or does this give happiness to the people that work for me?

Q: Are you seeing positive changes coming about as a result of your expeditions?

Yes. Renewi, for instance, came up with this idea to ask an architect specialised in sustainability to help improve the recycling of trains by looking at all components in a different way. In the old days, when a train was about to retire they would recover the steel etc, but now they strip them completely of all their recyclable materials and they refit them and they go right back into the system. That's an example of how two big corporations, Renewi and Dutch Railways, can work together. We need more of those collaborations, more of those kinds of partnering where companies can benefit from each other's skills and product and knowledge.

The tough part is to really stick with it. We need to make sure that things are followed through and followed up. Calling companies together again to share progress is one way of making sure they are progressing, but mostly it has to become their DNA; wanting to become completely sustainable.

Q: What have you learnt from your expeditions with these companies?

That it's not so easy to change. If you start a business now, you would be sustainable from the get-go. But that's not the world that we live in. Fossil fuel companies, steel companies, oil and gas companies – these are the ones that find it the hardest because you undermine their business model and their very existence. This is where the ultimate challenge is. These kinds of corporations have the know-how, the talent, the money, the infrastructure – all they need is a willingness to change, and that takes courage and risk. If there is a willingness to change, then there is also a way.

Q: Renewi is supportive of the work that you're doing and committed to being a part of the circular economy. What more can it do to help tackle climate change?

Renewi was in a really great position to begin with because it was a trash collector 20 years ago and now it's a recycler and moving towards a circular business model. There is a lot of opportunity in our trash with recycling and renewing our products which can help to reach our climate goals as well by saving CO2 and preventing depletion of natural resources.

Renewi can help to solve the challenges we face in plastics, there are so many complex plastics in everything from packaging to high-end products. To substitute plastic for other, recycled materials is not easy – that requires a lot of research. I think Renewi could be a great market leader in this area.

It has to be end-to-end. It has to come from government subsidies via CO2 credits, but we as consumers also have to demand that our products are made from recycled materials. I give a lot of lectures to younger people and the new generation has a different mentality, they don't want to work for an oil company because they don't want to be associated with it. They will probably be the ones demanding more use of recycled materials.

Q: How hopeful are you that we will meet the two degrees target?

Climate change is the biggest challenge we have faced as humans. We have never had this kind of experience in our life, so we all have to decide together what is the best step for the world to take. That, of course, is the Paris Agreement. Doing nothing is simply not an option.

Q: What personally drives you to dedicate your life's work to raising awareness about climate change?

Because I'm a polar explorer, I'm always in these environments that are so vulnerable to climate change. The places that you love so much see change so quickly that you wonder what the factors are.

Around 90% of humans live in cities along the coast. For them, nature is somewhere else, but we need that nature and biodiversity to function. That disconnection that we have by living in these cities and not having any kind of respect for nature is something that I try to bring back to people, because I'm convinced that if you go and spend a couple of weeks in the Arctic or the Amazon rainforest, you will be a different person. You will think differently about nature and your time on Earth. Because it gives you so much, you have to give something back – especially if you're in a position of being a CEO of a big company and you can make change happen.