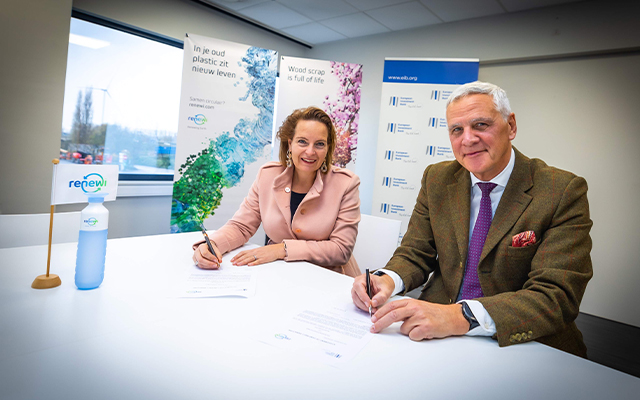 The European Investment Bank (EIB) has signed a €40 million loan agreement with recycling company Renewi to invest in recycling in the Netherlands and Belgium. The funding will be divided between three key projects. The first is the construction of three new high-tech sorting lines for residual, commercial and industrial waste in Flanders, Belgium, allowing more materials to be recovered and recycled, and reducing the amount of incinerated waste. The second is the construction of a new rigid plastics sorting facility in Acht in the Netherlands that will produce high-quality secondary plastics. The third is an upgrade of one of Renewi’s existing anaerobic digestion plants in the Netherlands, in which microorganisms break down biodegradable material in the absence of oxygen to create biogas. The secondary materials produced will displace fossil fuels, reducing emissions and avoiding the use of further virgin resources.

EIB Vice-President Kris Peeters explained, “Waste treatment and disposal play an increasingly important role in limiting our emissions and the use of raw materials, meaning there is a strong case for managing them as efficiently as possible. I’m delighted that the EIB can support Renewi in its overall mission of giving new life to used materials, while also allowing it to increase the sustainability of its operations in Belgium and the Netherlands.”

On the new sorting sites, the EIB loan will help increase the recovery and recycling rate of treated waste. In particular, the new rigid plastic sorting facility will enable more plastics to be separated and allow Renewi to extract higher quality secondary raw materials, for which market demand is growing. On Renewi’s biogas plant, the new equipment installed during the upgrade will allow 60% of the biogas to be converted into biomethane, which can be injected into existing national gas grids, while the other 40% will be channelled to an existing bio-LNG facility.

Annemieke den Otter, Chief Financial Officer at Renewi, added, “Renewi is delighted to have the EIB’s endorsement in support of these investments in critical green infrastructure in the Netherlands and Belgium. Developing circular economies is essential to combat climate change, and significant investment in advanced technologies is required to support the transition to reusing more materials.  We are ambitious to support this accelerating transition through continued investment and innovation as the waste-to-product partner of choice across the European Union, and we hope to expand our cooperation with the EIB over time.”

Renewi’s upgrade will reduce the company’s emissions and climate change impact from burning waste plastics and other fossil materials. In addition, the new facilities will add a missing link in the waste treatment and recycling market by enabling third parties to recycle the extracted materials.