Renewi is striving to get more from organic waste

From 1 January 2021, supermarkets and businesses in Flanders (BE) where meals are served or prepared regularly and at least once a week, must collect their kitchen and food waste separately. Waste-to-product company Renewi, offers total solutions for this, which help to close the loop even further. “We convert the excess food into energy and we are researching recycling opportunities: using food waste as a raw material for commercial insect farming.”

Every year, around 12,000 tonnes of food waste ends up at Renewi Kampenhout.

Globally, a third of all food produced ends up in the rubbish bin. The largest portion of food waste is generated at home, by consumers. But there is also a lot of food waste in supermarkets, commercial kitchens, canteens, restaurants and the catering industry. A lot of businesses are still disposing of organic waste as residual waste. From the start of 2021, that will not be allowed any more. “And rightly so”, says Jens Crabbe, site manager at Renewi Kampenhout: “Residual waste is incinerated. And it’s a shame, because kitchen waste, scraps, food preparation waste, out-of-date foodstuffs and food production waste can have enhanced value: as a source of energy, but also as a raw material.”

Every year, around 12,000 tonnes of swill or food waste ends up at Renewi in Kampenhout. This is where the first stage of treatment takes place: the ‘unpacking’, where the packaging and organic contents are separated from each other. Crabbe: “Our machine tears and presses the material to create two separate streams: the organic fraction and the residual packaging. This separation stage is important for things like supermarket products that are out of date.”

Stephan Claes, market development engineer at Renewi: “The organic waste goes to fermentation plants. These work according to an anaerobic or oxygen-free process, during which various sorts of bacteria break down the organic material and produce biomethane from it. That biogas can be burned in a gas engine to produce green energy, but biomethane can also be injected into the natural gas grid as green gas. We ferment a portion of this ourselves at our site in Roeselare, where we use the heat to dry sludge. The remainder of the organic waste goes to our partners’ fermentation plants in the Kampenhout region. These could be agricultural fermenters or industrial facilities.”

Crabbe: “The fermented material or digestate is also given a new application; it is used in agriculture as a fertilizer. By doing so, we are completing the circle and giving something back to the land.”


“The fermented material or digestate is used in agriculture as a fertilizer. By doing so, we are completing the circle.”
Jens Crabbe (Renewi)

Renewi ensures food waste fermentation plants play a role in the transition to renewable energy and the evolution to a climate neutral society. Crabbe: “We need to use all of our resources to make the energy transition possible. Sun and wind energy alone aren't enough: it’s a case of and-and-and. Fermentation plants can produce biogas day and night to supply green energy continuously, whereas wind turbines and solar panels depend on the weather.”

Claes: “The local nature of fermentation plants also makes their green-energy production future-proof. The small plants can be placed anywhere, as opposed to the large biomass plants that ship wood in from other continents to produce green energy. That isn't sustainable. Fermentation plants use local raw materials. Food waste is present everywhere and you can treat it locally.”

“Agricultural businesses are also using pocket fermenters more frequently which makes smaller tonnages profitable. That is the direction we need to be heading in for the future: Instead of large mega-plants that whole regions depend on, several smaller plants can provide more energy security. One kilogram of swill can produce enough energy to drive three kilometres in a Tesla Model 3, which uses 11.6 kilowatt hours per 100 kilometres”, says Claes.

Jens Crabbe: “Our machine tears and presses the material to create two separate streams: the organic fraction and the residual packaging.”

Meanwhile, Renewi is also looking further than the green-energy route. Working with Circular Organics (formerly Millibeter) and research institutions such as KU Leuven and Radius - Thomas More they are investigating whether it is feasible to use organic waste as food for insects, which in turn serve as (sustainable) livestock feed. How far has this collaboration come today? Claes: “European legislation doesn't yet allow livestock or insects to be fed kitchen waste on a commercial scale, due to food safety. However, several research projects are being conducted, with promising results, which could change the legislation in future. Food waste contains sufficient starch, fats, sugars and moisture for larvae to grow. If these larvae grow well, they are a suitable source of food for livestock. I expect that the first operational, commercial plants for farming insects based on food waste will be founded in the Netherlands.”

But commercial insect farming also has potential in Flanders”, stresses Claes: “Flanders doesn't have the space to farm proteins in the field. A lot of livestock feed consists of soya and fishmeal imported from South-America. Protein-rich larvae could provide a sustainable solution for livestock-feed. The fact that those larvae could also flourish on food waste, makes it a circular solution with a future.” 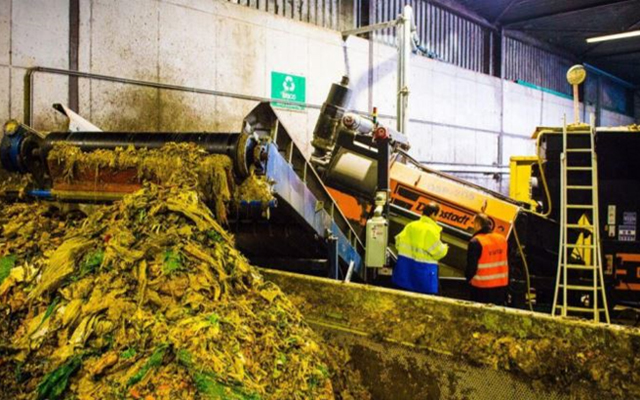 “A lot of our customers already sort organic waste streams due to ecological considerations. It’s also better for their wallet. We are trying to provide as much support as possible to businesses that aren't doing it yet.”
Stephan Claes (Renewi)

In the lead-up to food waste as an official waste stream, there are changes afoot. From 1 January 2021, supermarkets and businesses where meals are served or prepared regularly and at least once a week, will come under the VLAREMA (the Flemish Regulation on the Sustainable Management of Material Cycles and Waste). Claes: “From then on, supermarkets and large businesses will also be obliged to collect their food waste separately.”

“A lot of our customers already sort these organic waste streams now, due to ecological considerations. It’s also better for their wallet: it costs a lot of money to have residual waste collected. So, as a business, the more selectively you collect it, the more you save on your waste costs. We are trying to provide as much support as possible to businesses that aren't doing it yet, as they prepare for selective collection. So, we are offering them specific containers to collect food waste in.”

How is Renewi preparing for the increase in volume of this waste stream? Crabbe: “From 2021, we will collect a lot more tonnage of food waste. That’s why we are going to scale-up these activities in the future. This is a growth concept we strongly believe in.”

The focus is continually shifting to fully circular solutions. Claes: “Unfortunately, we are still incinerating the scraps of packaging from our unpacking line because the residual waste stream is very mixed. It is a complex stream: it includes all sorts of materials, such as soft plastics, hard plastics and tin, which are also really contaminated by the fats in the food. We are currently working primarily on techniques to reduce that residual waste as much as possible, but from the side lines we are also looking into ways to stop the incineration completely. Unfortunately, the current recycling-streams market doesn't make these routes profitable enough.” 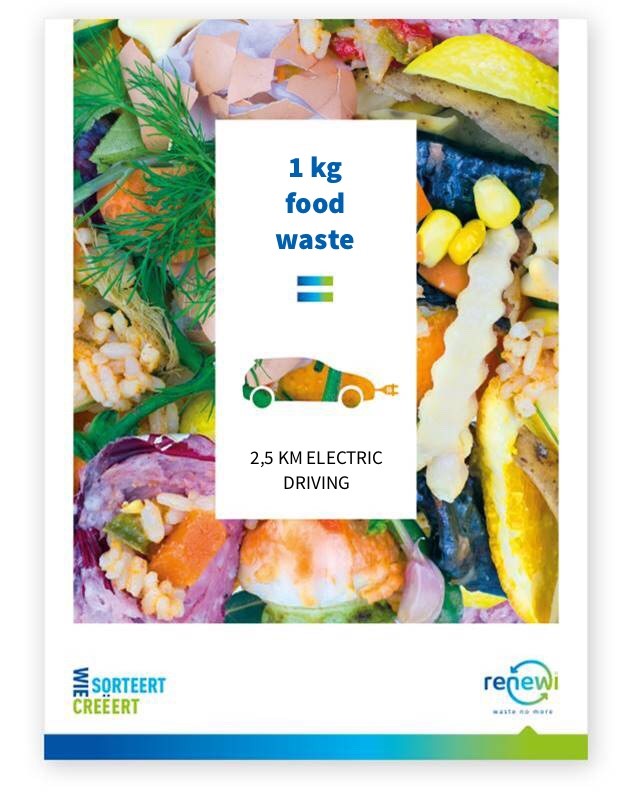