Hide
What we stand for 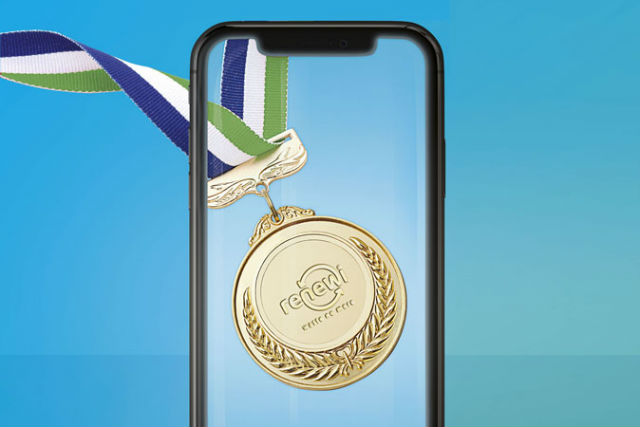 The businesses in Renewi's Specialities and Mineralz & Water Divisions produce materials from waste streams in end markets such as glass, electrical and electronic equipment and minerals. These are used in markets such as electrical and electronics, healthcare, energy and building and construction. Most importantly, they play a role in the everyday lives of people in our communities.

Last autumn, Renewi's Coolrec business began a project with telecommunications company KPN and the KNSB (the Royal Dutch Skating Federation), to recycle the precious metals from discarded mobile phones and turn them into gold, silver and bronze medals. These were awarded at the Dutch Allround and Sprint Championships in January 2018.

Dieter Avonds, Director of Coolrec, explains: "All the medals are made of a base of copper and zinc, with the gold and silver ones electroplated with precious metal. There's a lot of metal in mobile phones and the supply of gold and silver was no problem, but we struggled to get enough zinc."

Sourcing the medal ribbons from ethical, sustainable recycled fabric was also a challenge, until Arjen and his team hit on the idea of repurposing old Coolrec flags.

"What began as a marketing and publicity initiative turned into an opportunity to develop relationships," Dieter says. "We are a recycling company and we had never designed medals before! But the pilot was a great success and we hope to repeat it next year."

A partnership between Renewi's Mineralz business, the municipality of Duiven in the Eastern Netherlands and concrete producer De Hamer has resulted in a sustainable paving tile created from what Paul Dijkman, Director of Mineralz, describes as "the best of the rest".

"Around the world, the residue of the incineration process ends up in landfill," he says. "It's occasionally used to surface roads, but it's generally regarded as a dirty material. Under the recycling green deal agreement with the Netherlands Government, we set a goal of upcycling this 'bottom ash': bringing it higher up in the circular economy, not as a dirty construction material but as a clean one."

The ash is delivered to the Mineralz facility, where any valuable metals are extracted. The remaining 'mineral fraction' is washed and used to make FORZ® granules, a substitute for sand and gravel in concrete products that is itself recyclable.

"Bottom ash did not have a good reputation," Paul says. "But our partners were willing to listen to our ideas and try new things. Now we have a product that is clean, safe and has long-term sustainability."